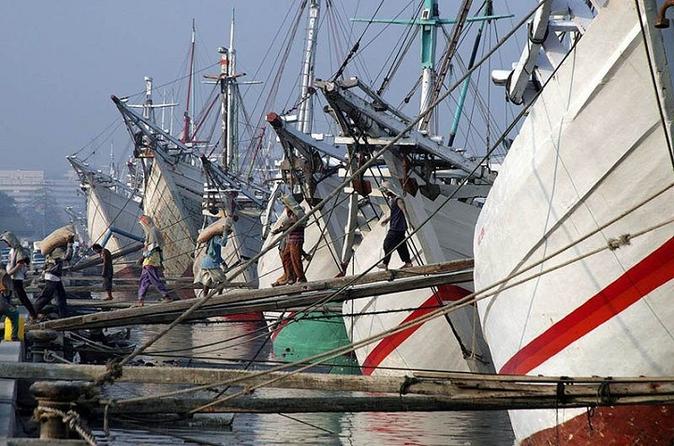 Fast moving, often slightly overwhelming for first-time visitors but holding on to centuries of trade history; two important landmarks are essential sights to get to know the capitol before moving on. Our introduction to Jakarta makes it all worthwhile.

The impressions when arriving for the first time in Jakarta may be somewhat overwhelming; a city that moves and shakes from early morning until the wee hours at night where cars and motorcycles form the background of what will leave an everlasting, positive impression. Navigating through Indonesia’s capital may be a challenge when you aim to see what makes Jakarta such a historical important city. The former Batavia times and its vast collection and artefacts are mere a few of the sights and sounds, one has to see when spending a couple of nights here. This half day introduction to Jakarta is just what you need to get a taste of what this city is all about and has to offer.

Your driver, accompanied by a professional, licensed guide will welcome you in your hotel lobby in the heart of Jakarta to show you the must-sees during this half day exploration. We start the tour at the National Museum (closed on Mondays and Public Holidays), Indonesia’s pride for preserving its past; a collection of historical, prehistoric, archaeological and ethnographic aspects of Indonesia is on display here, spread around various rooms and exhibitions. Outside its ever-expanding collection of cultural instruments, household utensils and a selection of objects d’art, it has one of the most complete collections in the country of bronzes and ceramics dating back to the Han, Tang and Ming Dynasties, referring to the Chinese influences in the country.

Jakarta would never become an economic powerhouse, had it not been constructed so near the sea. The more than 500 year old Sunda Kelapa Harbour was the essential link to bridge the gap from trade ships entering Indonesia for import and export purpose of all kinds of goods. Construction of the harbour began during the Pajajarn Kingdom era in the early 15th century and still is a highly important maritime docking point for modern Indonesia. Although modern times have entered the harbour, traditional wooden Makassar schooners, called ‘Phinisi’, are still used as preferred means of transportation between the other Indonesian islands. Snapping some pictures here to remind you of traditions kept alive in a fast growing and modern Jakarta are of the essence!

It is time to head back to your centrally-located Jakarta hotel (other regions can be included but surcharges may apply), ending a short introduction of what makes Jakarta such an interesting city.

Fast moving, often slightly overwhelming for first-time visitors but holding on to centuries of trade history; two important landmarks are essential sights to get to know the capitol before moving on. Our introduction to Jakarta makes it all worthwhile.